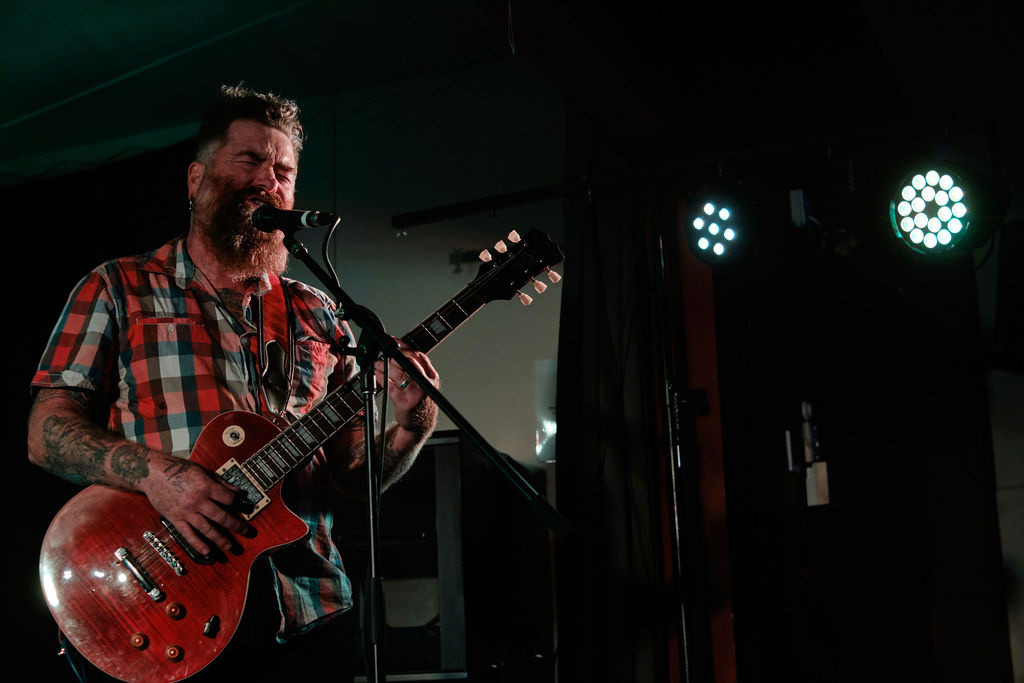 From a UK home life steeped in music from his dad's choral and church organ duties to his brother's 40's and 50's blues and rock'n'roll record collection, Silas was always going to be a musician. He took up guitar at age 16 and by 17 was writing songs, busking and playing solo and eventually forming bands. Emigrating to NZ as an adult, eventually meeting Paul, Silas set to work to form his originals unit, Bulletproof Convertible.

It's all about the songs. Silas freely admits there's nothing glib or happy about them, proudly anti-pop, realistic topics with real meaning. But somehow the sense of fun and mischief shines through to fit the Bulletproof mold. No apologies. If you don't like it, you're at the wrong gig. But what's not to like? The pulse, the skanky guitar, the edgy vocals. Like we said up front: danceable as hell.

Silas is a tattooist by day at https://www.silasinc.info/. Like the rest of the band he's all about keeping it live, keeping it fun and throwing it wide.